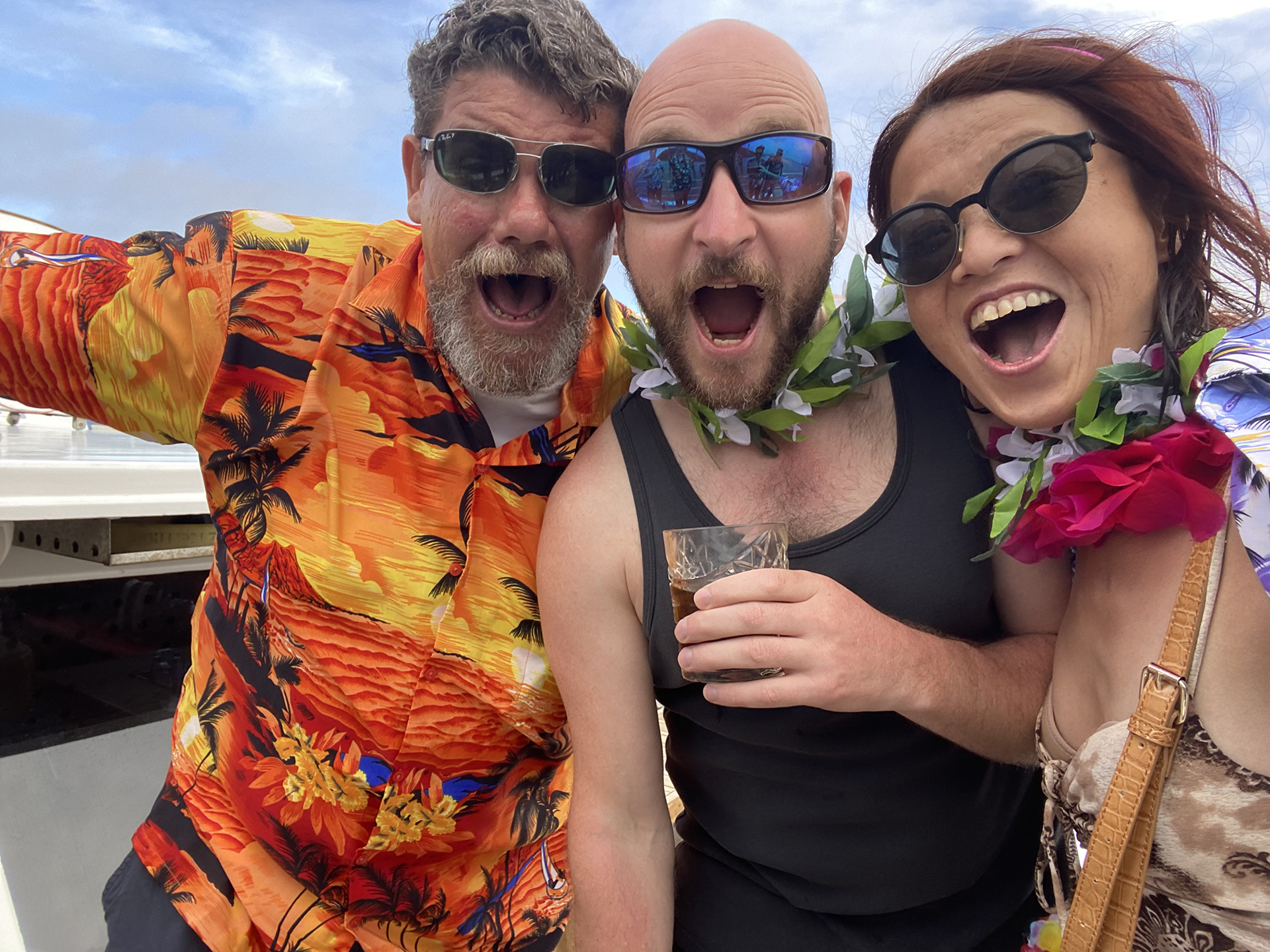 In light of the above, Sofico Services Australia (SSA) was able to organize its annual Christmas party and bring colleagues together for the first time since March.

SSA went on a Hawaiian-themed Sydney Harbor Cruise aboard the MC Commissioner II. The weather was perfect, no rain, not too hot. 2 brave souls went for a swim halfway through the cruise, Koenraad made a speech, Liam read out a poem.

In short: everyone had a good time. 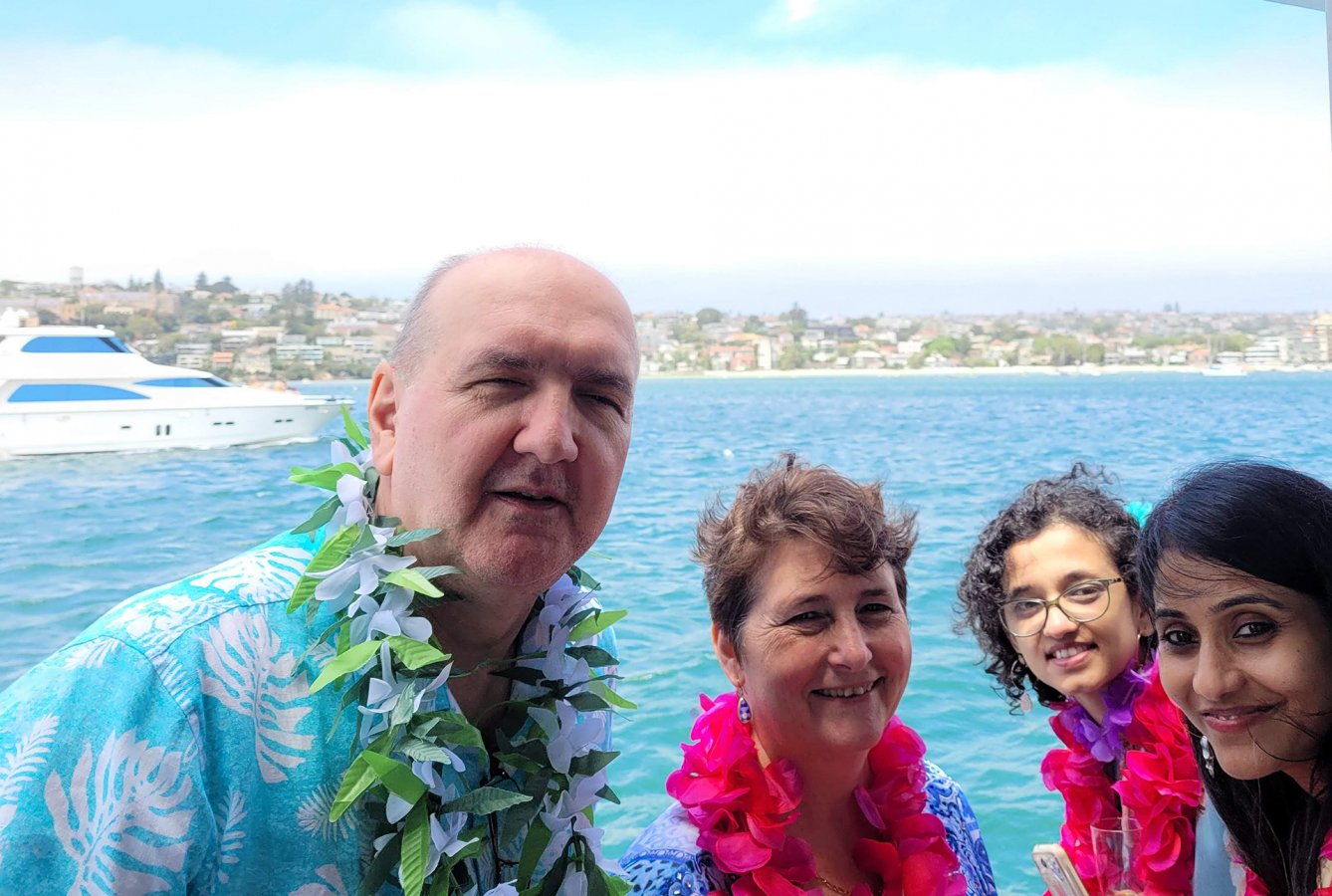 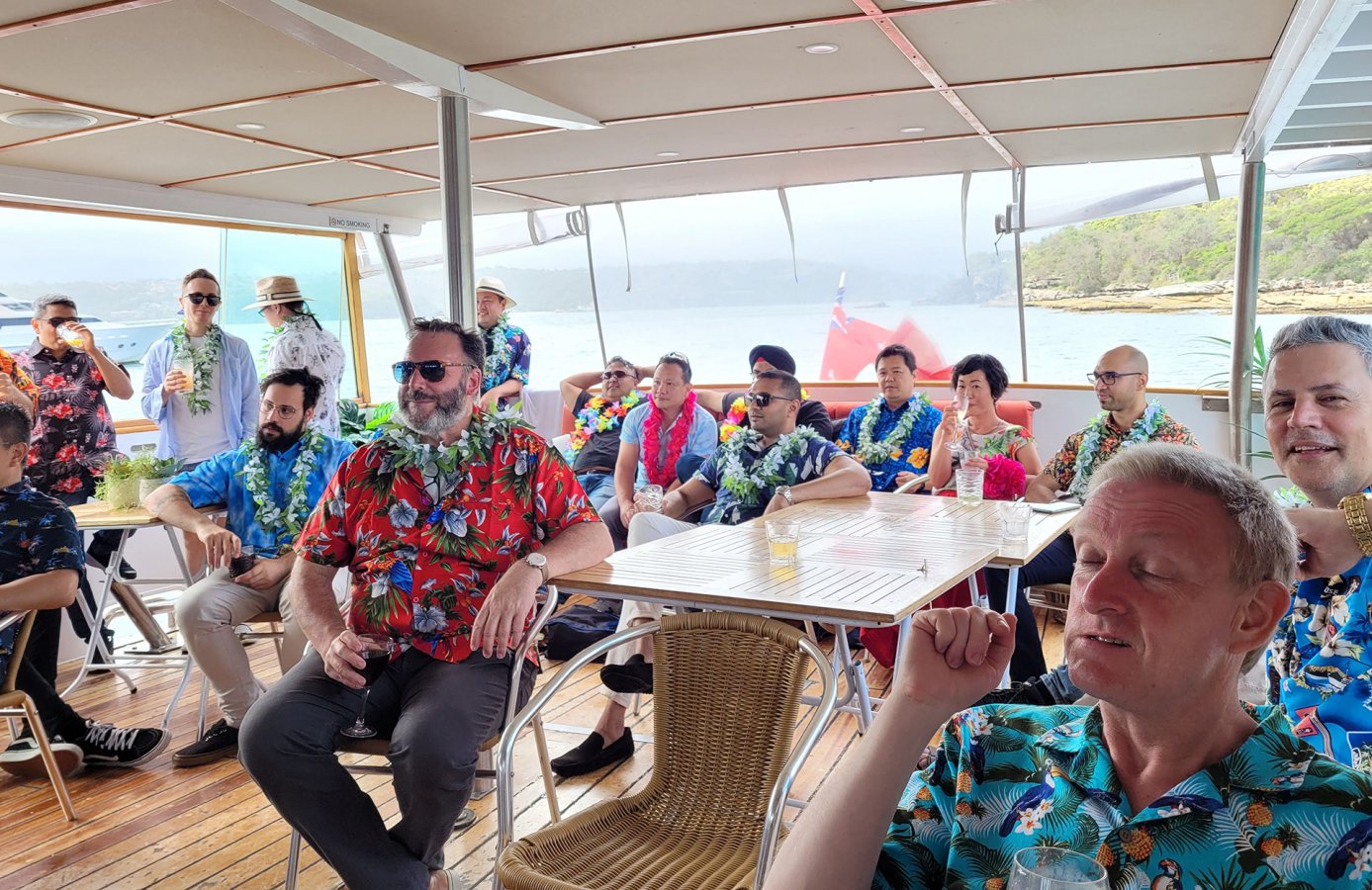 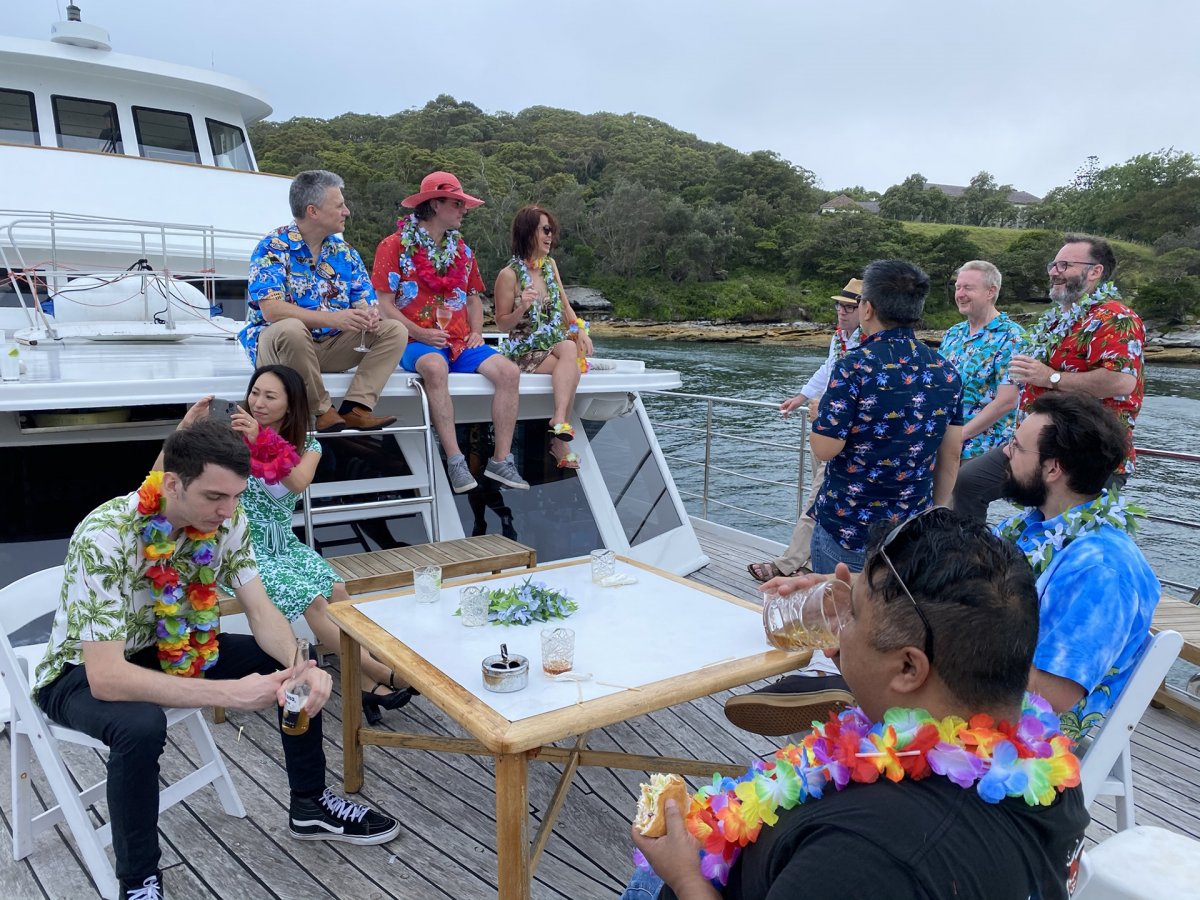 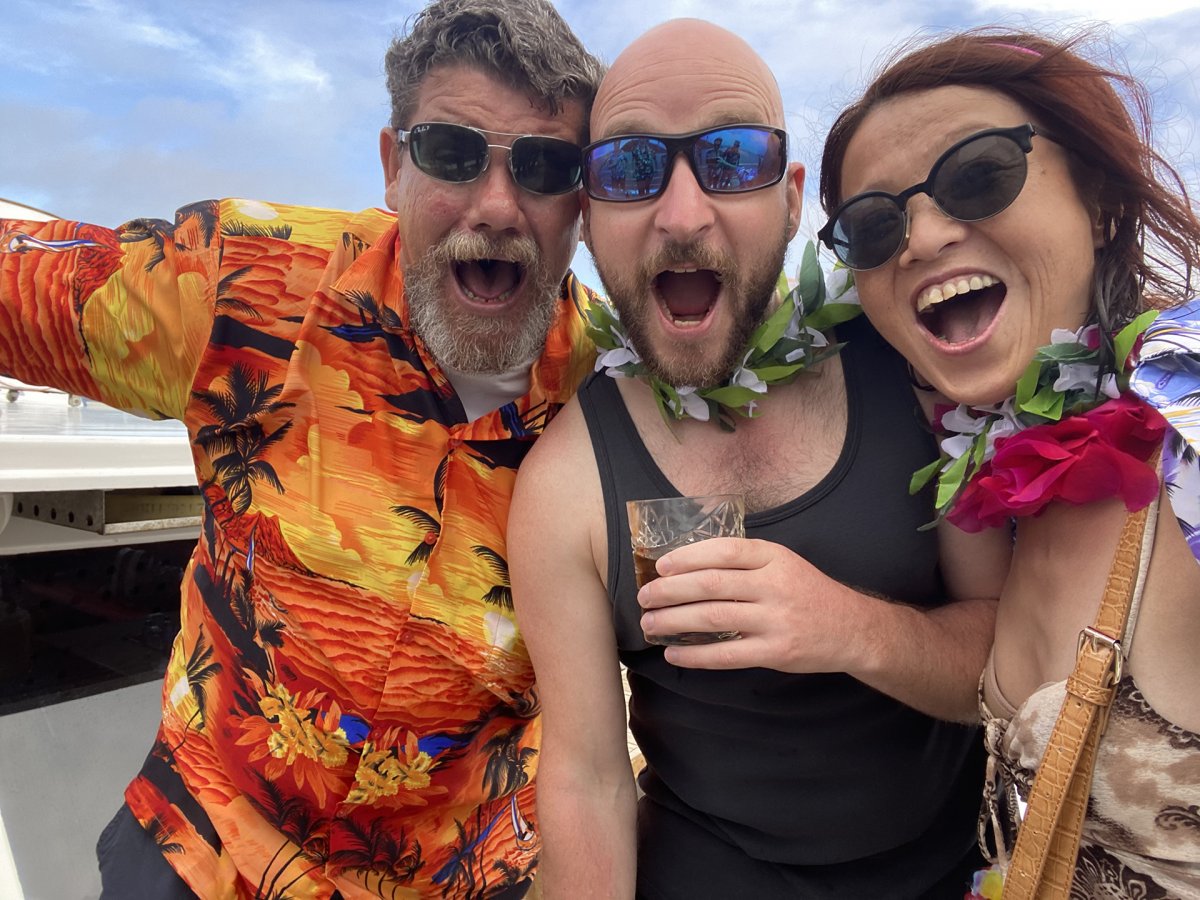 Below, the poem Liam wrote and recited at the SSA Xmas party in December 2020

The Year That Was

The year was 2020 and the virus still held sway
And the work from home dilemma it was rife
I braced myself with coffee for a long and stressful day
And the vital tele-conference of my life
I had customers from round the globe awaiting on my call
I had management and coaches on the line
It was crucial that I wow them, lest my project plan would stall
We were budget-poor and running out of time

Now this wasn’t my first rodeo, so I reacted fast
When my VPN decided to go splat
I was back online and beaming before minutes had gone past
Till Kaspersky started up, and that was that
But I launched into the Teams call, and put on my finest smile
“Install Updates” suddenly wanted a reboot
So I switched to use my phone instead to buy myself a while
Wondering which Systems colleague I would shoot

I soldiered on, relentless, a frozen grin stuck on my face
This evening I would have words with their mother
The doorbell rang – delivery guy! In the midst of my showcase
I signed with one hand, typing with the other
I managed to look thoughtful through the Q&A, so calm
While the laundry overflowed with soap and suds
When that bloody cat (now dress-less) nearly tore off half my arm
I told a witty joke, discreetly hid the blood

By now I was a nervous wreck, so no surprise to learn
That nature called and it was number two
I thanked the gods of software as I flew across the house
That the wi-fi’s got good coverage in our loo
But I stuck to selfie angles and I figured it was fine
I went on mute each time the kids came knocking
The customers were gracious, and they signed that dotted line
I foresaw a hefty pay-rise in my stocking

I’d made it through the trials from hell, at last I’d won the day
I pranced around in victory, semi-nude
Never noticing the looks of horror, laughter, and dismay
Till I heard the words… “Your camera’s still on, dude.”
Now… my tale is one of caution… so I bid you, heed my words
Keep your wits sharp and your printer filled with toner
Working from home holds many hidden dangers, fellow nerds
Especially in this year of the Corona…! 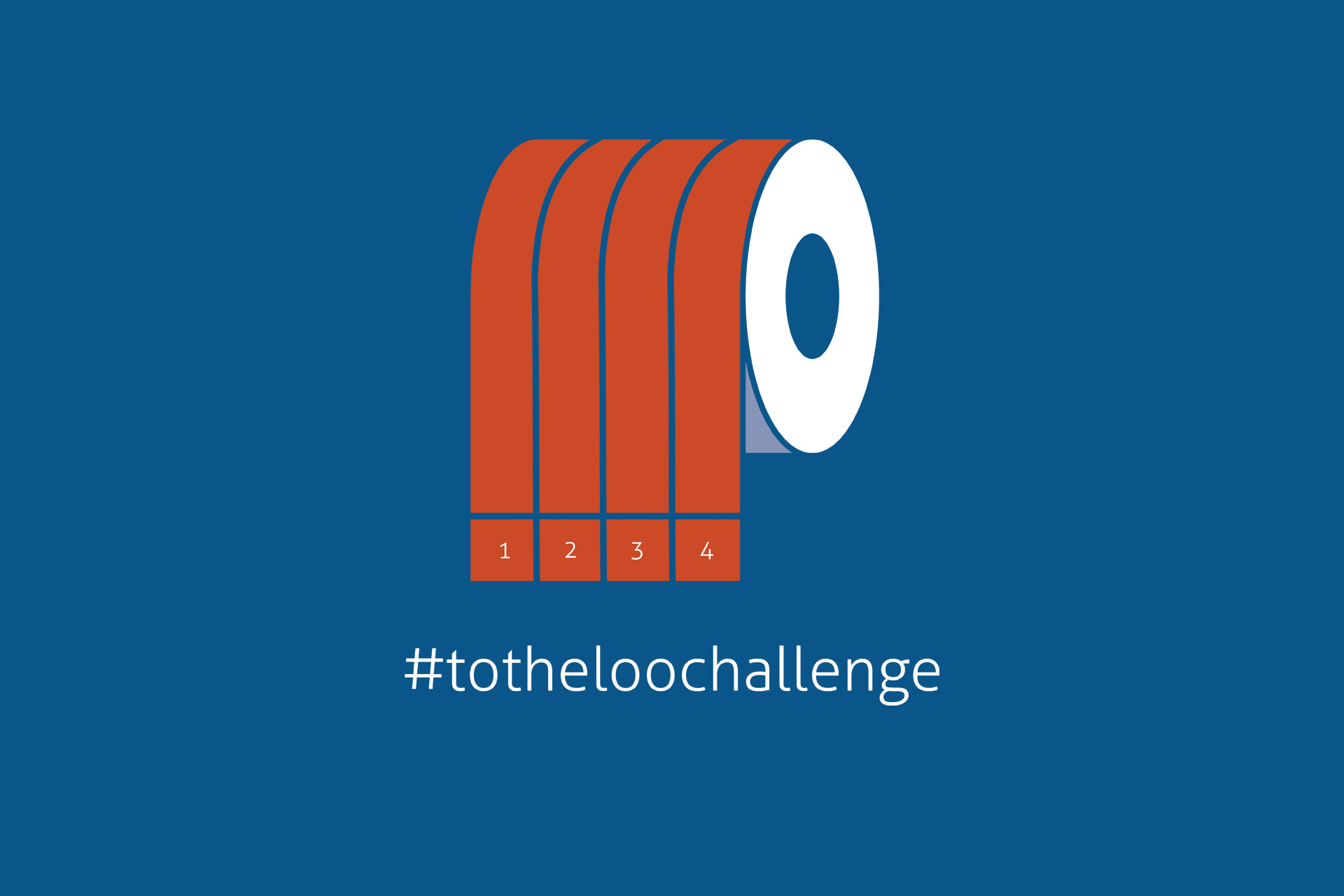 Reinvent your favorite sport ... with involvement of a toilet roll. Bashir Abdi sets the right example! 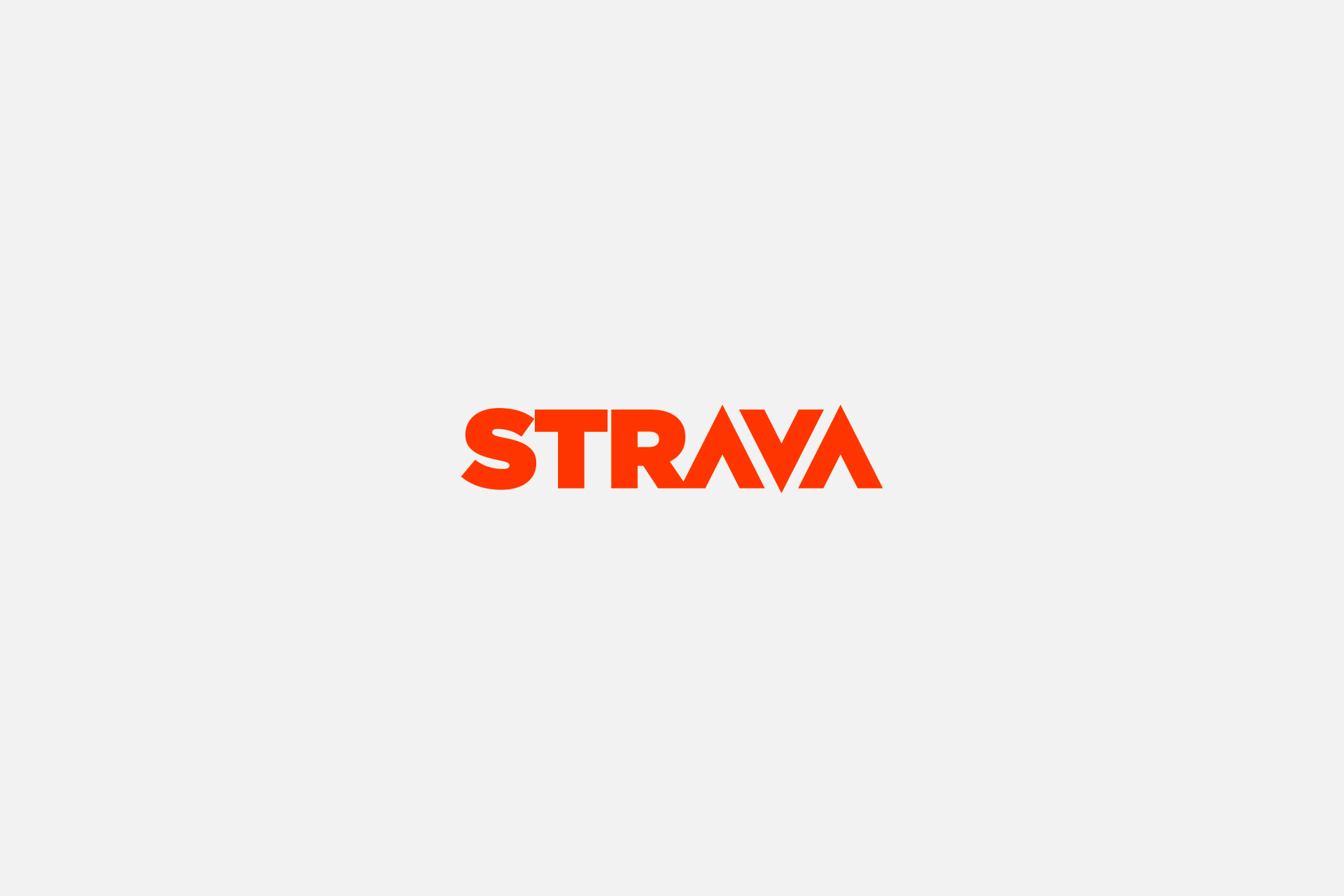 When Sofico announced last year that from now on the Ghent marathon would bear its name, we knew quite well why we had chosen running as a sport. Games...

28 march 2021: a first date for all running enthusiast to mark in their calendar. On this day, the next edition of the Sofico Gent Marathon, including...