There is much more to our colleagues than meets the eye. While it is often worth a shout-out, it easily remains unnoticed. Patrick is a Java developer in our UK (United Kingdom) office and loves to go out and find treasures.

Patrick, one of your hobbies is metal detecting. How did it all start?

Well, my son asked for a metal detector. I got him one and he joined a local club. Once I saw the finds being made, I became hooked as well.

You received training from the British Museum. How did you end up there? Can anyone take a course there?

I was regularly lending my finds to an archaeologist to record on the British Museum's database.
In a one-off scheme, the National Lottery donated some money to train members of the public in finds recording and I was lucky enough to get nominated. 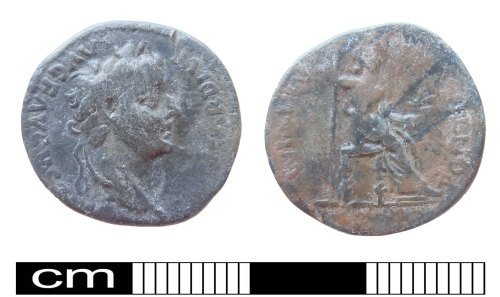 Is it a solitary activity? And what are the common finds?

I have been part of a couple of clubs but prefer to detect by myself on the same few farms. That way I can build up a history of the area: with every ancient find being exciting however fragmentary, corroded or damaged it is.

Common metal finds are coins, buckles, buttons, and Roman brooches. And since I detect arable land, I also get to spot pottery fragments and prehistoric flint tools.

What is the strangest thing you have ever found? There must be some insanely crazy stories!

That must be the cast copper alloy figurine (depicted) - most probably from the top of a post-medieval pipe tamp (AD 1600-1750). The figure is long, thin and cartoon-like with exaggerated arms and legs. The figure is stood in a pose with one hand raising his hat in salute whilst the other hand is wrapped around a large and exaggerated erect penis.

I was also shocked when, after detecting on a farm for several years, the farmer casually informed me that Fred West, a famous mass murderer, had buried two of his victims in the neighboring field, which luckily belongs to another farm. 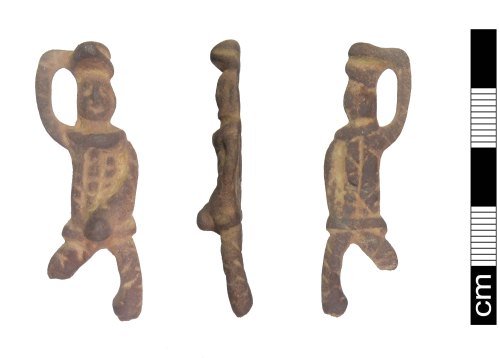 This year I found a Roman silver Denarius coin from the time of Jesus, it would still have been in circulation when the Romans arrived in Britain about 50 years later. In the new Netflix film, the Dig, an archaeologist wears one as a pendant and speculates hers could have been the actual coin Jesus rendered unto Caeser. Of course, it could equally have been my coin.

Getting permission to detect on private land is hard, be prepared for a lot of refusals.

What happens to your finds? Do you store them at home, or are they archived by a museum?

I share my finds with the farmers and have my own collection at home.
They are too precious to me to ever sell but the local museum can have them in my will.

Do you have any tips, for those who would like to try this hobby?

Finding artifacts on a good site is relatively easy with patience. Getting permission to detect on private land is hard, be prepared for a lot of refusals.

--
The images in this article can be used under a CC BY attribution licence (unless stated otherwise).